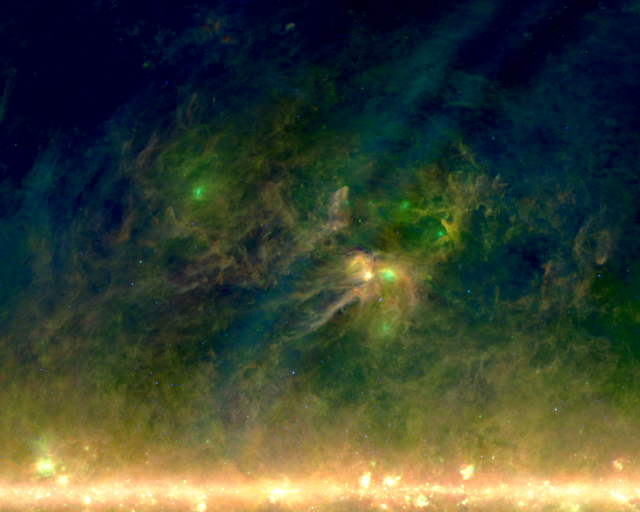 The Ophiuchus dust clouds appear to loom over the galactic plane in this four colour image created from the IRIS version of the IRAS infrared data. This image is just a detail of the full IRAS all-sky image which is viewable through the Milky Way Explorer.

The Ophiuchus clouds are associated with the Sco OB2 association, which is the closest OB association to our solar system, and are part of the Gould Belt. Also prominent at the left of this image is the fast moving O9 V class star Zeta Ophiuchi which is creating a prominent bow shock as it ploughs through dust clouds near Sco OB2.

The large faint bluish arc visible in the middle of the image is dust from our solar system that has not been entirely removed from the IRAS data.