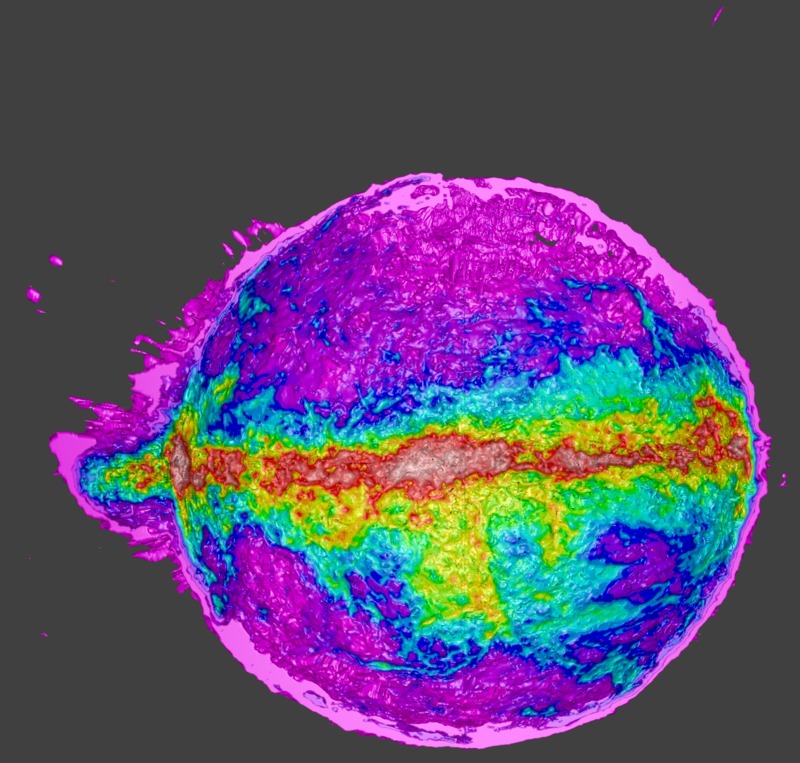 Download link: 5328x5080 (18.9 Mb) version
Warning - right click to download as the image is likely too large to view in your browser. This shows the full 3-dimensional velocity map hemisphere for the atomic hydrogen in the direction of the galactic anticentre (outer galaxy). It has been dissected to reveal warmer hydrogen gas within the colder hydrogen shell. The colour ranges from magenta (1 °K)) through to blue, green and finally pale red (130 °K).

Local large hydrogen clouds from the Orion region and the dark clouds in Taurus and Perseus are visible below the galactic plane.

You can see a version of this image that just shows the extent of the cold atomic hydrogen gas (1 °K) here.

The data is taken from the LAB HI survey (Leiden/Argentine/Bonn atomic hydrogen survey), the most detailed all-sky survey available on the atomic hydrogen gas in the Milky Way galaxy.