This faint diffuse nebula is close in direction to the suspected supernova remnant GAL 013.1-00.5 and appears to be located in an empty region bordered by the OB regions Sgr OB1, Sgr OB7 and Sct OB3. 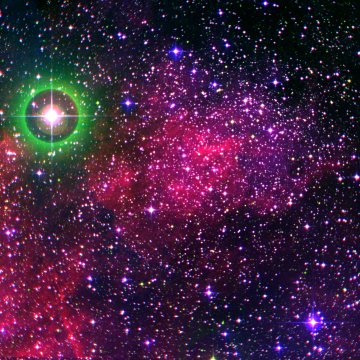