This HII region lies within the molecular cloud [JKK96] A and is located well in front of the GS234-02 supershell. It contains the infrared star cluster [DBS2003] 4. Avedisova concludes that it is ionised by stars associated with the Bochum 5 cluster, including the O9.5 V star HD 59986, and places it in star formation region SFR 232.56+0.89, along with several other HII regions and reflection nebulae including VDB 97.

Here's another image of this object from an astrophotographer who imaginatively calls it the Snowman nebula. 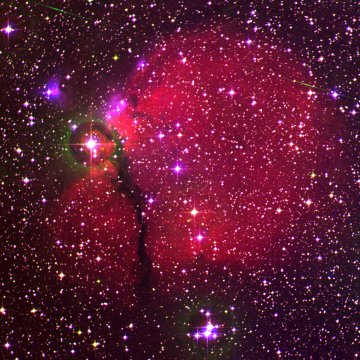