This enormous nebular region lies in the direction of the Car OB2 association and parts of it may be ionised by stars in that association. Gum splits this region into several distinct nebulae and the RCW catalog itself splits the region into four subnebulae, which are described separately as RCW 54a, 54b, 54c and 54d.

This is actually several different objects at different distances, including RCW 54a, RCW 54b and RCW 54d. [2] 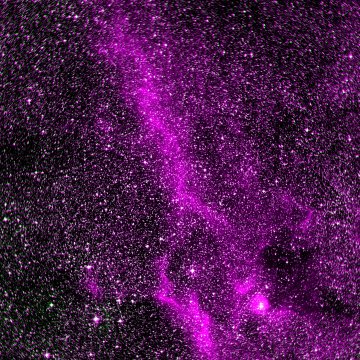