You can see RCW 41 in this infrared MSX image here. 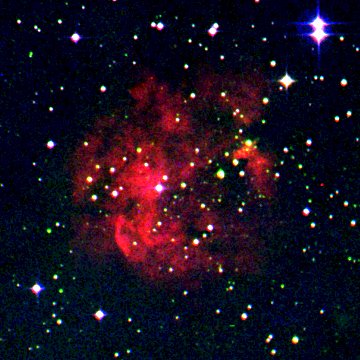