It is not clear that RCW 161 is a single object as the ionising stars in this direction appear to be spread across several hundred parsecs.

The RCW catalog lists this as a large 80x40 arcminute medium bright nebula and associates it with the HII region [GS55] 143.

Avedisova divides this nebulosity into three separate star formation regions. These can be seen in this SuperCOSMOS hydrogen-alpha image. The easternmost of these regions (in galactic coordinates), SFR 16.35-0.16, contains the Lockman compact radio HII region [L89b] 16.313-0.162 and is visible in infrared as can be seen in this MSX infrared image. The more detailed Spitzer image suggests that this region may consist of several objects. A 2009 paper gives a distance estimate of 4100 parsecs for [L89b] 16.313-0.162 suggesting that this region likely lies far behind RCW 161.

The Ser OB1 association can be seen in this labelled false-colour hydrogen-alpha image. 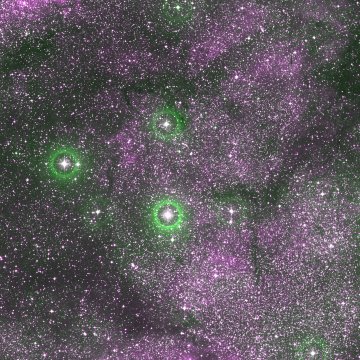